Things you may not know about MagSafe Charger-the most detailed and deepest analysis! !

Things you may not know about MagSafe Charger-the most detailed and deepest analysis! !

1. The first is MagSafe charging power


MagSafe charges iPhone12 with 15W power. It needs to be triggered with PD20W (9V voltage, current 2.22A and above) charging head. If the PD head’s 9V voltage range is only 9V2A, then MagSafe’s power will be limited to around 18W. That is to say, the charging power of MagSafe is determined by the power corresponding to the 9V voltage file of the charging head, and the maximum is not more than 20W. For the iPhone without charging head, Apple is still doing a good job of making the iPhone compatible with third-party charging heads. Kind, that is, to maximize the ability of third-party PD charging heads. However, if you use the original MagSafe to charge other iPhones, such as the 8 series, X series, and 11 series, unfortunately, Apple has limited the power and cannot even reach 5W, that is, the maximum energy corresponding to the 9V half-bridge frequency modulation to 110K , This energy is much lower than the 5V full bridge energy, probably only 6W less than the power, for the time being called 5W level, MagSafe can distinguish the current mobile phone is iPhone12 or non-iphone12, MagSafe limits the power of charging non-iPhone12, because Among these mobile phones, some models of mobile phones have a very large loss of efficiency when charging on MagSafe, at least significantly greater than other mobile phones (I hope that other third-party solutions will test this, otherwise it will damage the phone and affect the battery life), and MagSafe can't distinguish the specific models of these phones, so it just goes directly to the 5W power. If you are a non-iphone12 user, it is strongly not recommended to buy MagSafe, because you will find that charging is not as fast as other third-party wireless chargers on the market, and it may be a waste. If you are an iPhone12 user, it is still worth buying, but don't forget to buy a 9V charging head with a voltage of not less than 20W, remember that it is best to have the 9V3A gear. 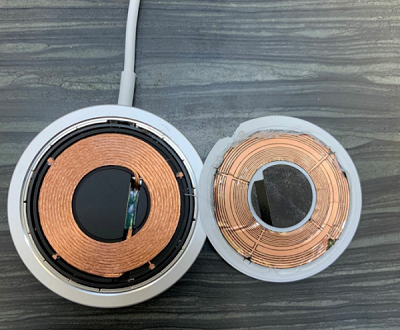 
As we all know, the way of wireless charging and adjusting energy can usually be achieved by adjusting frequency and adjusting voltage. Wireless charging before iphone12 is fixed frequency and voltage adjustment, and energy is adjusted by adjusting voltage. While Apple is keen on fixed-frequency voltage regulation architecture, MagSafe is also a fixed-frequency voltage regulation architecture. I believe everyone has seen the dismantling diagram of MagSafe. There is a more complicated circuit at the head C. That part of the circuit is a booster circuit. MagSafe triggers a 9V voltage input through the PD, and the booster gets a higher voltage (the maximum voltage is 15V) Left and right, you can actually test if you want to verify it) and then power the bridge drive of the coil to achieve higher voltage wireless energy transmission, so as to achieve the purpose of fast charging. As for the frequency of wireless charging, MagSafe coincidentally uses the frequency of Apple Watch magnetic wireless charging, which is about 360Khz (the actual measurement is within a certain range). Obviously this frequency is obtained by Apple after various verification tests. This frequency is used. It is because this frequency has the least influence on the magnet. 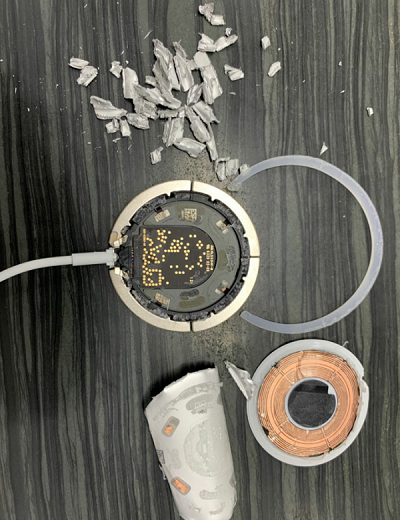 At present, there are several response modes to realize this charging circle, all of which belong to the "handshake" mechanism of iPhone12. Choose any one of them to realize the charging circle. But I personally think that this operation is also a big pit. I feel that this is Apple’s routine. The third party operates like this. One day the system upgrades and performs some processing. The third-party wireless charging that can realize the charging circle display is all turned into bricks. Without this mechanism, it would be enough for everyone to drink a pot, so imitation is risky, so be careful when adding circles! The charging animation specifically shows that there are many data packets. First, the phone will send 0x01 (signal strength package), then 0x71 (device ID package), and then 0x81 data package (device extension ID package, this is a new iPhone12 Yes, the same mobile phone is different every time, it may be related to the rolling code behind), and then 0x51 (configuration package) data packet, here, if it is an ordinary Qi receiver (phone headset, etc.), it will enter In the power transmission stage, energy is officially transmitted, but for iPhone12, it has not yet. It has defined many different privately. After the 0x51 data packet, the transmitter needs to return a 0x0F FSK, and then the phone will send a 0x28 data packet. The transmitter needs to reply with a 125-bit FSK (this FSK is fixed), and then the mobile phone will request another 0x28 data packet, and the transmitter needs to reply with an 81-bit FSK (this FSK is variable. It is currently measured. There are several ways to reply, each responding to the phone has a different performance), and then the phone will send a series of 0x20 data packets, and the transmitter needs to respond to the ACK signal, and finally the phone will send a data packet 0x02 to end the energy transmission. The transmitter needs to restart to switch the frequency around 360K. In this mode, there are various data packets, including 0x06, a series of 0x28 data (such as 0x280000, 0x280002, 0X280003, 0X280001, etc.), 0x84, 0x78, a series of 0x20 data (Such as 0x20041E, 0x20F396, 0x20050C, etc.), 0x19, 0x58, a series of 0x26 data (0x260300, 0x260100), 0x38, 0x15, 0x77, etc. A series of data packets, these data contain different content, the same command header contains Different FSK return codes, FSK return codes have 125, 81, 59, 70, 103, etc., irregular and non-repetitive, so ordinary cracking is hopeless, everyone wants 15W to buy the original MagSafe with peace of mind. After completing the above series or part of the data, the circle of the charging icon will appear, but the power is not up, and the power is not large at this time, about 3~5W. However, as long as each data is answered incorrectly, the mobile phone will repeat the request until the answer is correct.

4. The method of cracking
Speaking of the charging circle symbol, it is natural to mention the iPhone 12's 15W power cracking problem. The answer currently given is: no solution to crack! In the data packets mentioned in the previous paragraph, Apple completely changed the charging protocol. Both the data format and the method were changed. The data was also dynamically encrypted. The rolling code. As long as one code is incorrect, it will be periodically. Continue to send the rolling code request command to stop the energy increase until the rolling code is sent correctly. If it is not correct, the iphone12 will maintain the current state of constant low power, and the transmitter will not be actively disconnected, and the phone will not actively request disconnection. This power is not as high as 7.5W, so currently Looking at the third party to completely crack the iPhone12 hopeless. Some people say that the iPhone 12’s 15W is a Qi-compatible standard. In fact, it’s not strictly true. Apple’s 15W wireless fast charging protocol can be understood as completely its own standard: After triggering the iPhone12 into a private state through Qi, it redefines the working frequency. FSK format, polarity, various data packets, it can be said that MagSafe redefines the wireless charging protocol. If you want to follow the iPhone12 15W standard to be compatible with Qi, you can basically say that you need to rebuild the underlying driver software. MagSafe almost Let the software engineers rewrite a Qi protocol, and the workload is quite large. So if the kind of cheap solution or the flash is relatively small, almost don't want to trigger the charging loop, the ability of the chip can not be directly killed in the cradle at the beginning. 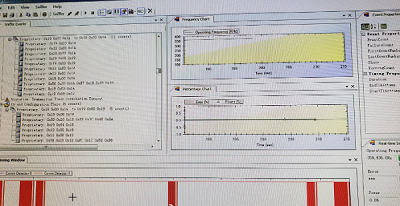 5. Qi certification and its compatibility and differences


I personally think that the current WPC alliance (the maker of the Qi protocol) should not be entangled now. Before MagSafe was released in the early days, the wireless chargers circulating on the market added magnets. At this time, WPC should be more tangled. The inner dialogue may be, WPC: "My agreement clearly restricts the addition of magnets. Apple prefers to add magnets. Magnets, do I have to compromise and allow the addition of magnets to follow Apple? If I allow the addition of magnets, will I just slap myself in the face? What will everyone think of me in the future? How will I be ridiculed for great things? Start?". Later, it was discovered that MagSafe had disassembled the NFC module with magnets and Hall sensors. Later, after the iPhone 12 was shipped, it was found that there was no hope of cracking. WPC was finally no longer entangled. At this time, I might think like this: “Fortunately, I don’t follow my standards. Set your own standards.” So here, everyone should be able to understand the compatibility of MagSafe's 15W and Qi: it is completely incompatible. As for the differences, there are too many, whether it is working frequency, data encoding format or data command. Therefore, Qi certification can only be in the BPP mode of 5W. For Apple’s 7.5W mode, Qi certification is meaningless. Because of the frequency problem, the frequency is right when the frequency is 7.5W, so Qi certification is for iPhone wireless In essence, it is BPP certification.

7--So the subsequent MFI is also a fun operation. I haven't fully figured out how Apple will control these in terms of magnetic 15W, so that these will become standard parts in its accessories. Is it the designated magnet factory? Specify the module method? Provide an interface for module communication so that third parties can read and be compatible? Or simply provide complete modules like Apple Watch, and third parties can only purchase ready-made modules? It may be the last one. In short, the 15W wireless charging of iPhone12 is just that, and the third party can only look at it. And I also believe that people who can spend tens of thousands of yuan on an iPhone 12 will definitely be willing to spend three to four hundred yuan to buy an original MagSafe. After all, the gaming experience is significantly better than other charging methods. Therefore, the current wave of Apple's operations does not leave a way for third-party wireless charging, and Apple still leaves itself a big way, so surprises are waiting~~~